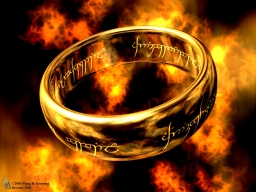 I fell off a dock when I was about 8 or 9.  It seemed like it was about ten feet to the water below and I was scared, so I grabbed the edge of the dock and hung on as though my life depended on it.  It really wasn’t that far down and I was a good swimmer.  Why did I do it?

I had been playing a game with myself, touching each post (or, in nautical terms, “piling”)which held up the dock as I walked along with my family.  We were on one of our many family sailing trips and were heading out for dinner.  As my family conversed, strolling down the dock, I turned to look at them, keeping the rhythm of my game.  But I missed and fell.  I clung to the dock screaming, “Help!  Help!”  My dad reached down and pulled me back up to my feet.  I was wearing just shorts and a t-shirt, so I got all scraped up and am scarred to this day.

Later, my Dad said, “Beth, why didn’t you just let yourself fall into the water?  You are a good swimmer.  You would have gotten wet but that’s better than being all scraped up.”

I remembered this event recently, after watching The Return of the King, the third of the Lord of the Rings trilogy, directed by Peter Jackson.  After a long, grueling journey to destroy a ring whose power brings evil forces upon the fictional land of Middle Earth, Frodo and Sam finally make it to Mount Doom.  Within the mount of doom is a firry pit which is the only entity which can destroy the ring.

Frodo and Sam rest for a moment before hiking up into the mountain wherein Sam starts remembering the pleasantries of their home, The Shire, which they’ve been away from for a very long time.  Frodo can’t remember the smells, sounds, and tastes which Sam describes so longingly.  They decide to continue on in their journey into the heart of the mountain to the Crack of Doom but Frodo is exhausted from the journey and the burden of the ring, so Sam carries him.

Reaching the top, Frodo has one last burst of energy and scrambles toward the destructive body of lava.  He holds up the ring, the burden he’s had to bear which has nearly destroyed him countless times in their journey, but he can’t throw it in.  It’s power has overtaken Frodo while Sam pleads with him to destroy it.  Just then their nemesis, Gollum, who had also been overtaken by the power of the ring many years ago, appears and struggles with Frodo in efforts to take it back.  Gollum is so desperate to get the ring he bites off Frodo’s finger which holds the ring.  They struggle and finally Frodo pushes Gollum over the edge.

Falling a far distance, Gollum is not afraid; he is too entranced in the satisfaction of holding the “precious” ring once again.  He doesn’t realize his fate until the lava begins to overtake him and he sinks to his death.  With the destruction of the ring, the mountain begins to cave all around them.

Frodo and Sam escape to a sturdy precipice where they await what they assume is their impending death.  Frodo tells Sam that he can remember, now, the things of the Shire.  Eagles swoop down, saving Frodo and Sam from death and they are returned to their friends and, eventually, to the Shire.

The entire journey, the entire 11 1/2 hours of the extended edition film series, all Frodo and his companions can think about is destroying this ring.  It is a burden.  While not a large object, it becomes personified and the weight of it nearly drives Frodo and his companions crazy; others’ desire for it nearly kills Frodo.  So why, at the hour of glory, does Frodo want to keep the ring?  Why does he hesitate to throw into into the Crack of Doom?  I think that carrying it with him for so long in this mentally, physically, and emotionally draining journey, it’s power got the better of him and he was scared to let go.

My Dad was right, if I had just let go, the water would have cushioned my fall and I could have swam safely to the shore.  If Frodo had just thrown the ring into the Crack of Doom, he wouldn’t have lost his finger.  If Gollum had realized the consequences of having possession of the ring, he wouldn’t have been forced over the edge to his death.

If we could just let go of the sin which so easily entangles us and trust our Savior, Creator, God, we could be freed of so many of our burdens and be able to experience the joys of the abundant life God gave us through the forgiveness of His Son, Jesus Christ.

Letting go is painful but not as painful as hanging on.  What burden do you need to let go of today?

If you want to reach out for help but don’t know where to turn, please contact me.

What are your thoughts?